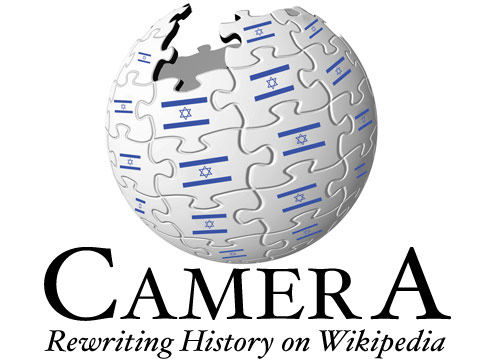 There is an interesting kind of inversion in zionist propaganda whereby the thing the zionist accuses his enemy of doing, he is doing himself. Sometimes it is called projection, but in this case it is not a psychological flaw; it is done consciously for the purpose of deceit. So another word seems appropriate. Here is a case in point.

On February 22, 2016 a group called Americans for Peace and Tolerance held a news conference at the State House in Providence, in which they urged Rhode Island Governor Gina Raimondo to take back an offer she made last November welcoming Syrian refugees coming to the state.

This group, which claims to promote peace and tolerance, is an active supporter of Israel, which has for its entire history brought war to the world by demonizing Arabs and Muslims. When one of the most recent wars – in Syria — creates refugees, the group makes a stand for tolerance by holding a press conference to declare that Syrian refugees should not be tolerated. According to spokesman Charles Jacobs, the refugees “may pose significant dangers to Rhode Islanders, especially to the Jewish community here.” So, the people who created the wars, which in turn created the refugees, now want to be protected from having to be exposed to the refugees they created.

Americans for Peace and Tolerance are not Americans; they’re Israelis. They’re not for peace, but war. They’re not tolerant; they’re intolerant. They accuse others of hatred and violence when in fact this is their own stock in trade.

Reporting on the press conference by the Providence Journal and the Brown Daily Herald failed to point out that Americans for Peace and Tolerance is a zionist front working for Israel. Its founder and only prominent member is Charles Jacobs, who has founded and provided the membership for other similar groups for the same purpose. These include CAMERA, the Committee for Accuracy in Middle East Reporting (promoting zionist media analysis), the David Project (promoting zionist campus activism), and the American Anti-Slavery Group (promoting the zionist attack on Sudan).

If there is a threat posed by refugees coming to the US from the Middle East, it is not that the refugees hate Jews here and wish to do them harm; it is that they understand from long experience what zionism has done to their people, culture, and lands in the name of the Jewish state, and that they can bring this understanding to people in the US who know nothing about it. This could be all the more harmful because critical financial, military, and diplomatic aid comes from the US. Of particular worry would be refugees and leaders from Palestine, Iraq, Libya, Syria, or Sudan able to reach, talk to, and educate regular people in the US who have no idea of the racist genocide the US government is supporting. Wherever outspoken Arabs and Muslims have spoken up in New England, they have been attacked by the FBI, immigration authorities, and the court system until they are silenced by jail or deportation. Amer Jubran and Tarek Mehanna are two such examples.

In the Comment section of the Providence Journal Jacobs says:

“Here is a study that shows that Syrians learn to despise Jews in schoolrooms across the country. They also learn about being jihadis, anti-Chrisian, and anti-democracy. The reporter got several studies from me, but declined to look at them. SO let the reader decide: http://www.impact-se.org/docs/reports/Syria/Syria2001.pdf ”

The study cited was put out in June 2001 by the Center for Monitoring the Impact of Peace, another friendly-sounding group, based in Israel. The Center is described by Miftah as “a Jewish organization with links to extremist and racist Israeli groups that advocate settlement activities in the Palestinian territories, expulsion (transfer) of Palestinians from their homeland, and claims that Palestinians are all ‘”terrorists” and that peace with them is not possible.”

The Executive Summary of the study lists a number of offensive positions taken in the Syrian school curriculum. For example:

“Zionism is depicted as a racist and aggressive movement based on false assumptions that the Jews are one people connected to Palestine. Zionism exploits the Jewish religion in order to exercise control over vast areas of the Arab homeland.”

This is supposed to be the outrageous hate speech in Syrian textbooks. In fact, it’s the truth.

One Itamar Marcus is cited for his work in preparing the study. According to Sourcewatch, “in recent years Marcus has been making a living translating and disseminating defamatory communications against Israel, extracted by his staff from Palestinian publications. Marcus, a settler, used to work for David Bar Illan, Benjamin Netanyahu’s PR chief.”

Below are other examples cited in the study as outrageous teaching of hatred in Syrian textbooks:

“An Arab people is uprooted from its land and incoming strangers are used by Imperialism and Zionism as a tool of oppression against the liberation movements in the region.” (Reader and Literary Texts, Grade 7, p. 207)

“The Zionists…had homes in their distant homelands…[but] the oppressors insisted on taking our own home.” (“The Small Lemon Tree”, Short Stories, Grade 5, p. 12)

All true, and richly so. It would be a good antidote to the ignorance about Israeli racism in the US if such textbooks could be brought into US schools. We should be thankful to the study authors for letting us know about them.

Underscoring another method of Israeli propaganda — the importance of constant fear, The Brown Daily Herald reports:

“We will not bow to tyranny and evil,” said former U.S. Rep. Pete Hoekstra, R-MI, a former chairman of the House Intelligence Committee who joined Americans for Peace and Tolerance at the State House. “There will be no more Boston massacres, no more San Bernardinos.”

This is where Israeli propaganda dovetails with highly charged political events staged by darker forces within the Israel and US governments. The real Boston massacre was in 1770; the fake Boston massacre was in 2013. San Berdardino was also a false flag. So was 9–11. These events are now earning their keep by becoming valid coin in support of the war on terror. Their purpose was to undergird the phoniest war in human history, as planned by the neocons working for Israel in the US. Without these staged events, Rep. Hoekstra would have no sound bite, and Americans for Peace and Tolerance would have no fear with which to threaten us.

Israeli propaganda is conducted with a sophisticated understanding of human psychology and culture. Its inversion of reality mixes us up by confronting us with the unthinkable. Would an organization professing noble goals actually promote lies? Could people who claim to be victims actually be aggressors? Could people in positions of authority plan massive attacks on innocent people in order to make us hate their political enemy? Could that enemy have been created out of whole cloth for decades on end? Could someone who says they’re against hate actually be in the business of causing hate? Could people smeared with the “canards” of owning the banks and media actually be guilty of these canards? Were these canards defined as such in order to pre-empt accusation? Could government officials who appear to be sane actually be psychopaths capable of committing false flags? Is it crazy to believe these things when the rest of the world apparently doesn’t?

According the the mainstream press, one of the alleged attackers during the November 13, 2015 Paris false flag allegedly said, “This is for Syria!” Here is the feat: Get the public to associate a monstrous mass murder with the legitimate cause of Syria, a nation under relentless outside attack, and you destroy any sympathy for that cause, vilify anyone who might speak in favor of it, justify unheard-of police repression, and further the original war on terror, all at the same time. A complete and utterly cynical deception.

Israeli agents such as Charles Jacobs exploit the meme of victimhood established long ago for Jewish people in order to further the attack being carried out by zionists against those who really are victims – in this case, the Syrians who have had to flee their attacks, their attempt to steal more Arab land, and, it would seem, their attempt to rule the world.