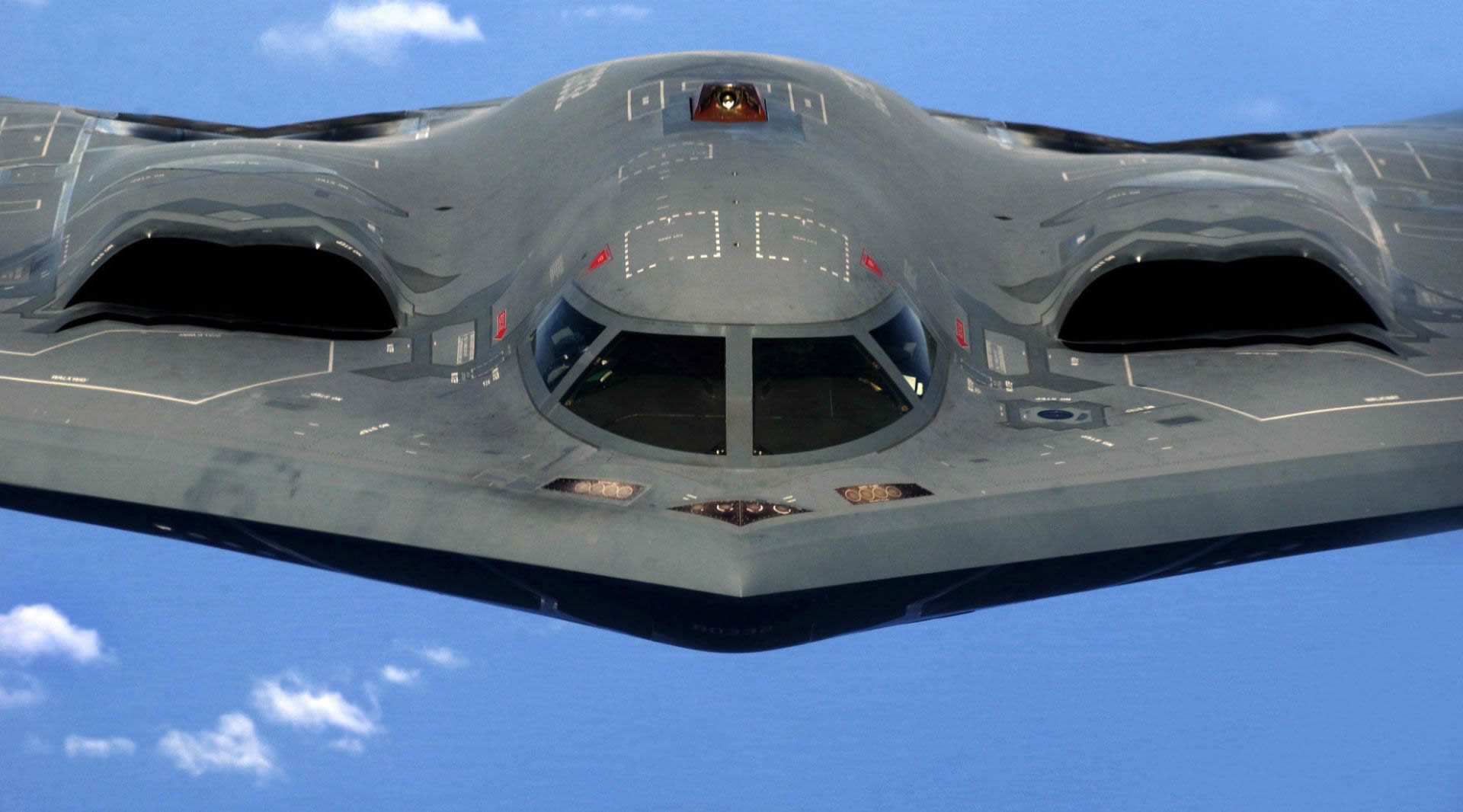 
The town of Falmouth, Massachusetts, on the southern shoulder of Cape Cod, has a major event every August called the Falmouth Road Race. The race attracts runners from all over the world who compete for the best time on a 7.1 mile course which runs along a beach road from Woods Hole to Falmouth Heights. As many as ten thousand runners register for the race every year. That number is easily doubled by spectators. This year the race was won by a man from Kenya, who completed the course in just under 32 minutes and won an $11,000 prize. Suspended over the finish line was a gigantic US flag.

Anyone who attended the Falmouth Road Race would think that the race was an official celebration of the US military rather than an internationally recognized sporting event. A  press release put out the week before opens by directing the reader to, of all things, a picture of a B-2 Stealth Bomber, and announces as the main feature of the race that this bomber will overfly the course at 200 miles an hour and 2,000 feet, following a ceremony to recognize military personnel recently returned from Iraq. It announces that various military commanders will be running, one a Colonel from the 509th Bomb Wing  at Whiteman Air Force Base in Missouri, where the Stealth is exclusively based. It further informs us that “the B-2 saw its combat debut in Operation Allied Force in the skies over Kosovo.” and that “ it also flew missions over Afghanistan in the war on terrorism.” And it ends with the unbelievably corny, “Mission Falmouth now awaits the B-2, along with . . . the running commanders. Seven miles of heat and hills may take their toll on some runners, but don’t expect the proud men and women of America’s armed forces to flinch in the face of this mission. They’re not in the business of failure.”

As we recall the use of the B-2 in the notorious bombing of the Chinese embassy in Belgrade in May 1999, airborne EC-130 gunships mowing down wedding parties in Afghanistan, and the recent repeat performance of the bombing of Iraq, we wonder what business the “proud men and women of America’s armed forces” actually are in.

Between a running race on a sunny Cape Cod shore, and a nuclear-capable black bomber flying overhead, we see the ability of US culture to mix wholesomeness with murder, and not be aware of the sickness involved in it. US militarism has been very much normalized at home, while elsewhere it is cause for horror. Thus the surprise of some Americans at the way they are seen by those from other parts of the world. Two million people have been killed in 13 years of war against Iraq. The war in Palestine is owned and operated by the USA, where US-made “Apache” helicopters and F-16’s attack daily. Scores of thousands have died in Afghanistan after twenty years of US warmaking there. Hiroshima, Nagasaki, Vietnam, Iraq, and Yugoslavia were all devastated by Air Force bombers. US aircraft are used in the war against Colombia. But in Falmouth, Massachusetts, parents buy children ice cream cones and tell them to watch the wonderful airshow; the US flag flies over a Norman Rockwell village green; the media jokes, “Stealth bomber to put runners on flying start”; and sporting events become blatant celebrations of military power – a certain embarrassment to people from other countries who have come to participate.

Public affairs for the Stealth  are handled at Langley Air Force Base in Virginia. Langley is also home to the CIA. In answer to a query about the cost of the 2,000 mile flight from Missouri to Cape Cod and back, a  public affairs officer at Langley was unable to provide an answer, saying the race overflight had simply been worked into a routine training mission and so was impossible to estimate.  At the same time, the officer claimed that “we believe strongly in allowing the public to view and interact with their armed forces whenever possible, to better understand how their tax dollars are used.” A second query saying, yes, well how many tax dollars were used for this event, went unanswered. Specific information about the weaponry carried by the Stealth was “not releasable.”

Arrangements for the Stealth overflight were made by one of the race directors, who happens to be a retired Lieutenant Colonel from  Otis Air Base. “Otis”, as it is called locally, is ten miles to the north of Woods Hole. It hosts a fleet of F-15 fighter jets, which roar off over Falmouth for training runs every day.  At Otis, the Air National Guard motto is, “Readiness Is Our Profession.” On September 11, 2001, the Guard failed to respond to a single hijacked passenger plane lumbering practically overhead from Boston to New York – perhaps the one time in 50 years when “readiness” was actually called for. There was not a peep of criticism.

Otis is a part of the Massachusetts Military Reservation (MMR) which, together with Camp Edwards Army base, has occupied 22,000 acres of the Upper Cape since well before World War II. The base’s history in the area, and its status as an “employer” and buyer at local businesses, has helped make militarism acceptable to many local residents. Upper Cape Cod is much like a company town, with the base being the company.

But the “company” is also one of the nation’s worst Superfund sites. Otis is responsible for polluting large sections of Upper Cape Cod’s sole-source aquifer with solvents and jet fuels dumped wholesale into the sandy soil over many years. And Camp Edwards has polluted other large sections of the aquifer with tons of explosive compounds from munitions and pyrotechnics fired during routine training. Until just six years ago, the Army considered it appropriate to fire 155mm Howitzer rounds into the base “impact area” – an event which would shake windows in thousands of Upper Cape homes all day long. In early August, 480 gallons of jet fuel were accidentally spilled, again,  into the ground at the base. It was routine news.

In the past year, perhaps fearing the MMR would be slated for closure, the Pentagon has been putting pressure on the Bush administration to save the base by transforming it into a “Center for Homeland Security.” Massachusetts Governor Mitt Romney is making an effort to bring this about by providing the Pentagon with an extension of the lease on this 22,000 acres of state land which would guarantee the base’s presence until the year 2051. No one has been told what the Center for Homeland Security would be, exactly.

What has the reaction been from local officials and the mainstream press to a military base whose wide reputation is that has caused major pollution of public drinking water supplies in four surrounding towns? The reaction has been to express support for the lease extension and the Center for Homeland Security, in effect rewarding the military with another fifty years of permitted devastation. In Falmouth, the price of a favorable vote was cheap: the Air Force pledged to an already pro-military Board of Selectmen $17.5 million in “mitigation fees” to  help pay for lost water supplies. Were the military not at the very center of local society and politics, this transaction would simply have been called a bribe.

Regarding the Road Race bomber run, however, not everyone was impressed. One resident of Woods Hole said, “when the Stealth went overhead I started screaming and shaking. The thing is, it made me complicit in a pro-war rally.” Another remarked that he made it a special point to simply be off-Cape the morning of the race, so as not to be subjected to it. And though the whole list of political representatives, from Boards of Selectmen to state representatives to Congress, have proven themselves to be for sale, cheap, to anyone with money like the Pentagon’s, some local residents have mounted significant resistance to the base lease extension and made important points about the corruption involved in the proposed agreement between the state and DoD to grant it. This agreement is pending.

Nearly every week one finds front page stories about the happy homecoming of troops from “Operation Iraqi Freedom” in the Dow Jones-owned Cape Cod Times. The stories accompany front page color pictures of soldiers arriving at Camp Edwards being  greeted by sunny wives and little children holding flags. The stories are portrayals of wholesomeness, decent values, duty and sacrifice. But other stories are being told, elsewhere, of US troops finding themselves involved in a hell they never imagined, in an occupation they don’t understand, in a land they know nothing about, for a war that has nothing to do with them. To most of the world, there is no question — this is a war of empire, not of liberation, and it’s being waged as all wars are waged—with killing and devastation.  A sane society would be aghast at the exhibition of a bomber that represents and carries out this killing. In certain places, this sanity is emerging — the lies underpinning the glory of US militarism are beginning to show through, despite years of indoctrination. The violence and sentimentality of US culture have begun to appear as two sides of the same coin.