Lies of the Israeli Peace Movement 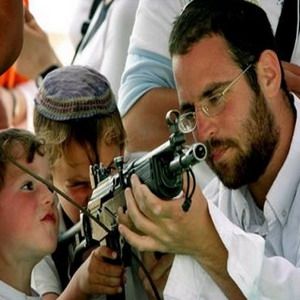 How clever the oppressor is, learning the language and ways of the oppressed and insinuating himself among them. “Yes, yes” he says, “I too am oppressed – can we sit side by side and declare our common cause?”   The US “peace and justice” group, Brit Tzedek v’Shalom, recently sent an announcement to a listing of peace events in Massachusetts for a meeting to do just this. In the announcement, the public is invited to hear from “bereaved Israeli and Palestinian families supporting peace, reconciliation and tolerance.”

By this means an ‘equals’ sign is put between Zionists and the people of the land they occupy, in the country which is the sole source of support for that occupation. This is propaganda of the most insidious kind. Now the Zionist must show “tolerance” for the Palestinian whose land he stole, whose homes he moved into, whose people he began attacking 56 years ago, and continues to attack. Now the Palestinian must accept, must renounce his right to resist this attack, his fight against occupation, his right to return, his rights as a human being – all because “both sides” have engaged in violence.

Imagine those who rule the US holding sessions with the Vietnamese on the harm the Vietnamese did to them in the Vietnam War. Imagine the white plantation owner having public meetings in which injustices done to him by his slaves could be fully and sensitively aired. Imagine the US majority – the colonial settlers of what the natives once called Turtle Island — sitting down with the Sioux or Apache or Ojibwa, saying it was time “both sides” admitted to wrongdoing.

Betrayals of history such as this are only organized by the victor when some members of its polity have a pang of conscience, or as a way to further the ongoing project of colonization.  The “peace” being sought here is just another kind of war. On its web site, Brit Tzedek says unabashedly that it is “deeply committed to Israel’s well-being.” Thus, it wants an end to violence in Palestine, but it supports the source of that violence – namely, the state of Israel. It claims to be for justice, but in fact it isn’t. Justice would mean the right of Palestinians to return to the land stolen from them. It would mean restitution for past crimes. It would mean an end to the idea of a state for Jewish people only. Such things are not on Brit Tzedek’s agenda. The idea that “Israel” is an illegitimate state to be done away with, just as Apartheid South Africa was, is not on the agenda of the Israeli peace movement. In all cases the legitimacy of the current state is assumed, and its preservation sought.

Last November, Brit Tzedek held a conference at the Park Plaza Hotel in Boston to which it invited Knesset Minister Avram Mitzna. As commander of the West Bank Israeli occupation forces in the late 80’s, this star of the so-called “Israeli peace camp” was directly responsible for implementing Yitzhak Rabin’s “breaking bones”  policy during the first Intifada. He did so with his own “iron fist” policy. Breaking bones meant Israeli soldiers taking large rocks and butts of guns and shattering the hands and arms and legs of any Palestinian thought to be resisting. Mitzna was a featured speaker at the Brit Tzedek conference.

At this conference, one Brit Tzedek activist came out to speak to supporters of Palestine protesting outside. She broke into tears and asked for the sympathy of one protestor because, as she admitted, she had just come to the conclusion, after wrestling with the question for many years,  that the Palestinian right of return was just not going to be possible. Other progressives, like Noam Chomsky, have said the same. They speak of what is “realistic, ” as if it’s “realistic” to remove an entire people from their country by massacre and attrition, to jail inside 24 foot high walls any who remain, to shoot children in the street, to destroy farm land and water supplies, to drive people to starvation, to wage war on rock-throwers with F-16’s, tanks, and attack helicopters, and to never acknowledge that “facts created” and gains made by Ariel Sharon and all his predecessors were atrocious crimes. To the double-talking liberal, it is not “realistic” to stop any of this, and give Palestinians back what was stolen.  Genocide is realistic; justice is not. The progressive “realist” is finally no different than the right wing Zionist. Like the Democrats and Republicans in the US who both support the basic goals of US empire, both sides are the same.

Not surprisingly, Brit Tzedek is also for a “two-state solution”—a position no one can take seriously anymore, as the Wall guarantees that any “state” Palestinians might have at this point would actually be a collection of separate prisons.

It is necessary for people who actually are progressives today to beware the corruption of language and values which the oppressor spews out on a daily basis. He has air-conditioned offices with well-paid staff to do this work. He has well-meaning NGO workers fulfilling grants. He has intellectuals in the academy, the media,  and government to do this work.

It is time to respond to the pacifist progressive in particular who collaborates with the oppressor by equating and condemning all violence. The language of resistance must be clearly spoken: It is right for Palestinians to resist the occupation, not just the occupation of the West Bank and Gaza, but of all of Palestine, by whatever means possible. It is right for the Iraqi resistance to resist the similar vicious US occupation of Iraq. It was right for the Sioux to resist, it was right for the African slave to resist, it was right for the Vietnamese to resist. In no way can the minor losses of the oppressor be equated with or compensate for the original crime of his aggression. It is time for progressives in the US to openly and clearly support resistance to the monster that the US has become, and the proxies it supports, like Israel, and increasingly this means rejecting the false language of the pacifist.  The conflict in Palestine is not morally ambiguous. It is not a battle between two sides who are equally guilty. Zionists attacked, Palestinians defended. There is a right and a wrong.