It was predicted as far back as the beginning of the US/NATO bombing of Yugoslavia in March 1999 that seizing control of the natural resources of Kosovo, particularly those in the Trepca mining complex, was one of the unnamed reasons for the war. Many Americans knew that US leaders’ “humanitarian concerns” were obviously not the reason — how could the United States begin a war for any other than economic concerns? Now, sure enough, the US and NATO have moved in to take over the Trepca mines. And the press? The press has moved in to cover for NATO, making sure the world won’t understand the true nature of this otherwise stark- naked imperialist venture.

Below are some excerpts from ‘Associated Press’ writer Alison Mutler’s article on page 2 of the August 15, 2000 ‘Boston Globe’ in which the ‘news’ and the English language have been manipulated to put just the right spin on this event. This is not an unusual article — its value is that it is highly typical and sheds light on what Americans are used to reading day-in and day-out in the mainstream press. The title is “NATO shuts down Kosovo mine, quashing protest. UN calls complex a hazard; Serbs allege repression.”

“Hundreds of NATO-led peacekeeping troops wearing surgical masks against toxic smoke swept into a Serb-run metal smelting complex in Kosovo yesterday and shut it down, then used tear gas and rubber bullets to disperse protesters.”

Hollywood must have been called in for the surgical masks. A brilliant touch — as if NATO troops couldn’t get near the plant without them. It emphasizes the mine’s smelting operation and NATO’s concern for environmental problems, the pretext for the takeover. 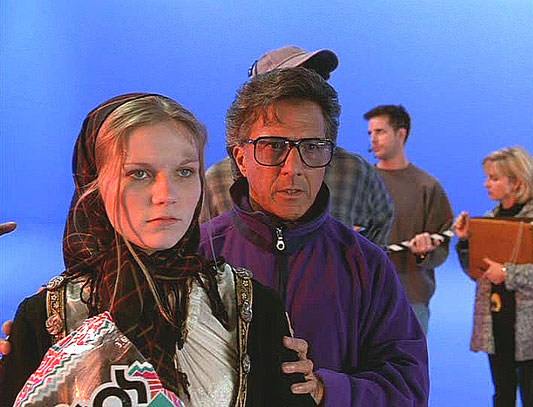 
Of course, if the air pollution was that bad, you’d expect everyone in Zvecan to be wearing masks. But, no, only NATO has the masks. These well-equipped troops were given the wrong masks, however. Carbon-filter respirators are the appropriate masks for the heavy-duty air pollution implied in the article. Surgical masks are worn to protect others from infection (perhaps they were appropriate after all).

KFOR is presumably protecting the citizens of Zvecan from the danger of polluted air, but apparently it’s okay if they breathe tear gas and get shot with rubber bullets.  What are the protestors protesting against? This isn’t explained. One can only assume they’re in the streets to demand the right to breathe polluted air. America, the benevolent and misunderstood giant, has made yet another mistake trying to help the people of the world.

“Yugoslav officials called the closing of the communist-era complex an ‘anti-Serb’ action, but the chief of the UN administration that runs Kosovo, Bernard Kouchner, said the peacekeepers were acting against an environmental danger.”

Notice the red-baiting of Yugoslavs and Serbs in “communist-era”. The idea is to suggest that the Yugoslavs, stuck in the pollution-accepting communist past, don’t see the importance of clean air.

While we’re at it, let’s get Bernard Kouchner to come to the United States to address a few environmental problems here. Perhaps he and KFOR could visit one or two refineries in northeastern New Jersey.

Notice the second consecutive use of the word “peacekeepers.” Would the term “invaders” or “imperialists” have caused a slightly different picture in readers’ minds?

Did the reporter consult one of the protestors about what was going on? No, the source is a NATO spokesperson.

“About 900 peacekeepers cordoned off a 200-square-yard area around the huge facility before swooping into the mining complex, which is seen by some as vital to the economic survival of Kosovo.”

Peacekeepers again. First, why have 900 peacekeepers invaded and brought to a standstill the operations of an industry vital to Kosovo’s economic survival? Second, is it possible that the mine is of value to the countries supplying the “peacekeepers” for this middle-of-the-night massive stealth operation? Or, taking it one step further, that these same countries might have a reason for destroying the economy of Kosovo?

“Soldiers from Britain, France, Belgium, and Denmark gasped for air as clouds of black and white smoke belched from aging chimneys.”

Hollywood again. Over the top. Presumably the folks native to the area can stand the awful smoke (after all, they are just brutish south European Serbs) but northern Europeans have a special sensitivity.

Was there any reporting of this sort about protestors gasping after being heavily pepper-sprayed this past year in Seattle and Washington while trying to call attention to the same sort of military-corporate robbery now being accomplished in Zvecan by KFOR troops?

“Kouchner said 160 people had been hospitalized in the past year because of lead poisoning.”

First, I wouldn’t take this on his say-so. Second, how many have been hospitalized because of NATO bombing and subsequent KLA attacks?

“He ordered the facility closed until repairs could be made that would reduce emissions, which have been measured at 200 times the accepted World Health Organization norms.”

Guess who will be in charge when the plant re-opens? Are World Health Organization statistics ever quoted for victim nations of the IMF and World Bank?

“We had to act,” Kouchner said in a written statement. ‘As a doctor and as chief administrator of Kosovo, I would be derelict if I let this threat to the health of children and pregnant women continue for one more day.'”

Just as he would be derelict if thousands of Serb, Roma, or non-KLA Albanians were allowed to be harrassed out of Kosovo, or murdered, since he took office. Just as he was derelict.

“The smelter is part of the Trepca mining complex, a collection of about 40 mines that produce gold, silver, lead, zinc, and cadmium.”

Whose recent studies? The ones funded by George Soros, perhaps? Why “foreign” cash and not, say, Yugoslav cash? “Viable” for whom?

If the reader only knew, this sentence gives the game of outside privatization and takeover completely away.

“Still, Serb leaders in Kosovo say the UN’s environmental concerns are only a ruse to get rid of Serb managers with close ties to the Yugoslav president, Slobodan Milosevic. Milosevic’s Socialist Party said the takeover proves that the NATO-led peacekeeping mission wants to expel Serbs and non-Albanians from Kosovo.Yugoslav information minister Goran Matic described it as ‘robbery’ and violation of a UN resolution that allowed the peacekeepers to operate in Kosovo. ‘It is an anti-Serb demonstration of power against unarmed people,’ Matic told the state-run Tanjug news agency.”

This, at the end of the article, sounds like the truth, but notice how it is discredited by being quoted from a “state-run” news agency. As we all know, the Associated Press is a news agency independent of bias or outside influence of any kind.

“Trepca is an emotional symbol for the people of this southern Serb province, who are struggling to rebuild after last year’s 78-day NATO air war aimed at forcing Milosevic to end his repression of ethnic Albanians. UN officials say that some 600 ethnic Albanians and Serbs work at the mine.”

The reporter is passing off as fact: 1) the idea that NATO bombed Yugoslavia on behalf of ethnic Albanians, and 2) the idea that the demon “Milosevic” was responsible.

These are old lies. If enough ‘Associated Press’ reporters repeat the same lies enough times (as they have) people will eventually accept them as truth. NATO bombed Yugoslavia in order to complete a crucial part of invasion and occupation plans made by the United States and its junior imperial partners long ago.

But there is one small confusion in the final sentence of the article: if the mines were being run directly by Milosevic’s Serb managers, and Milosevic and Serbs are the demon repressors of ethnic Albanians, then how could 600 ethnic Albanians and Serbs possibly have been working side-by-side at the Trepca mines?

It’s a funny thing about the truth. It has a way of getting into even the best propaganda, surgical masks and all.