For Palestine to Live, Israel Must Die


In July 1980, American Indian Russell Means gave a speech at a gathering in the Paha Sapa (Black Hills) in the land of the Lakota (South Dakota). The title of the speech was “For America to Live, Europe Must Die”. In his speech, Means spoke to young Indians on the perils of European culture — particularly philosophies of European culture like Marxism and Christianity that appear to be for good things, like ending capitalism and loving one’s neighbor, but end up perpetuating the original problem — European culture itself and its destructive view of the world. Russell Means also spoke recently on the similarity between the genocide of the native Americans and the genocide of the Palestinians. 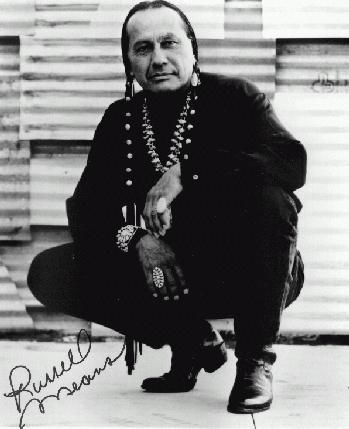 Today the world watches helplessly while the zionist entity slaughters the people of Gaza. This is nothing new — for the past 62 years, the world has watched massacre after massacre, attack after attack, and done nothing about it. In this latest atrocity, at least 900 Palestinians so far have been murdered from afar, with the zionist’s US-supplied bombs and other weapons, and more weapons are on the way. No one who takes to the streets to denounce this barbarity is to be faulted, but protests taking place under slogans like  “Let Gaza Live” seem to come from the same place that enabled the oppression of Palestine in the first place. Rather than pity the victim, why not stop the aggressor?  Instead of “Let Gaza Live,” why not “Let Israel Die”?  Pity for victims can go on forever; it’s high time to deal with the people who are beating that victim. And it’s time to do more for Palestinians than to just plea for them to be able to live.

The world has supplied relief to Gaza through such organizations as UNRWA for decades. Wouldn’t it have been much more effective to address the obvious cause of Gaza’s suffering at the source, when it began? Wouldn’t it have been better to drop all talk of peace with a belligerent who had proved again and again he wasn’t for peace, and forcibly take the gun out of his hands? Why hasn’t this happened? Why isn’t it happening now?

Perhaps the biggest reason is that this particular aggressor, though small in numbers, has been clever at deception, infiltration, and propaganda. Zionists have talked peace but waged war. They have infiltrated ruling elites in every strategically important country in the world — the US in particular. They have infiltrated the media, the entertainment industry, Wall Street, the government, the corporate power structure, human rights and civil liberties groups, and the antiwar left. They have infiltrated the places and communities where Judaism is observed, so that today one cannot go into a synagogue in the US without seeing the blue and white “Israeli” flag. At least 80% of Jewish people in the US either support the zionist state or are afraid to criticize it. Yet to make an issue of this would be deemed a monstrous case of religious intolerance.

Judaism has been so thoroughly hijacked by zionism that it is no longer clear where one ends and the other begins. At the end of December, a demonstration in Boston to condemn the just-begun bombing of Gaza was met with an almost equal number of supporters of the zionist entity holding both the star of David and the stars and stripes. They carried signs saying “We Stand With Israel” and sang   anthems for both “Israel” and the US. Well-established synagogues and temples have called for gatherings in support of the zionist state even as the mass murder is carried out.

Support for zionism is well integrated into US culture, itself built on the unacknowledged genocide of its own indigenous people, and of the African slave. In such an environment the mainstream Jewish community is been allowed to have it both ways — they can support one genocide, but they can’t be challenged because of their history as the victims of another genocide.  One doesn’t accuse the authority on genocide with the same crime. This would be termed a “hate crime.” With its “No Place For Hate” programs in cities across the US, the Anti-Defamation League, which explicitly supports the zionist state, has set itself up as the arbiter of any and all persecution and intolerance in American communities.

An even more effective tool of zionism is its propaganda, built up over the period of 64 years since the end of World War II. This propaganda has elevated the victimhood of Jews at the hands of Nazi Germany to the level of religious belief, so that this genocide is the one above all others in history that counts. Not only must this go unquestioned, it is sacrilege (and now illegal) to do so. So it has come about that Jews who commit the same or worse crimes as the Nazis may do so with impunity. In the US and Europe, Christian guilt, Christian pity, and Christian forgiveness also make this possible. Zionists have exploited both Judaism and Christianity very thoroughly, especially attitudes of exceptionalism found in each religion.

For many people — and the numbers grow daily — the acts and atrocities of zionism have completely burned up the credit that European Jews gained in Nazi Germany. The holocaust is an old song that no one wants to hear any more. The victims of the Warsaw ghetto are now the perpetrators of the Gaza ghetto, and the massacre inside it.

The power that zionists have achieved must be taken away from them, first morally, then physically. No one has a corner on suffering, even the eternal victim. Palestine must be returned to Palestinians, and the zionist state, which was based on a crime and can only exist as a crime, must be condemned as a whole. For the killing to end, “Israel” has to go.